• Updated re-issue of Carnivore’s seminal self-titled debut, originally released in 1985, with extensive liner notes and contributions from the band.

• Housed in a digipack, the release contains three bonus tracks from 1986’s ‘USA For USA’ demo. 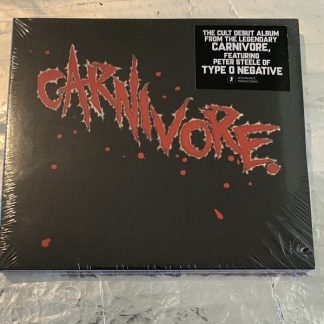